F is for Forsythia
Forsythia was named for Scottish botanist William Forsyth (1737-1804),
who was a founding member of the Royal Horticultural Society. 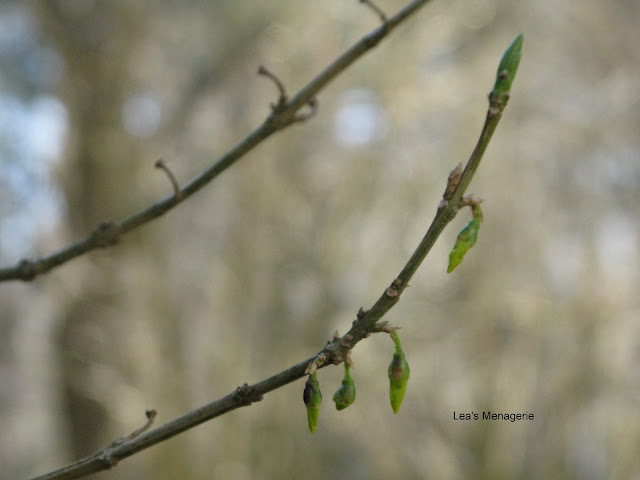 You know Spring is near when the Forsythia begins to bud.
Last year we had an early Spring (February was very mild).
This year February is more normal (cold!)
Compare photo above (February 19, 2013) to the one below from February 23, 2012. 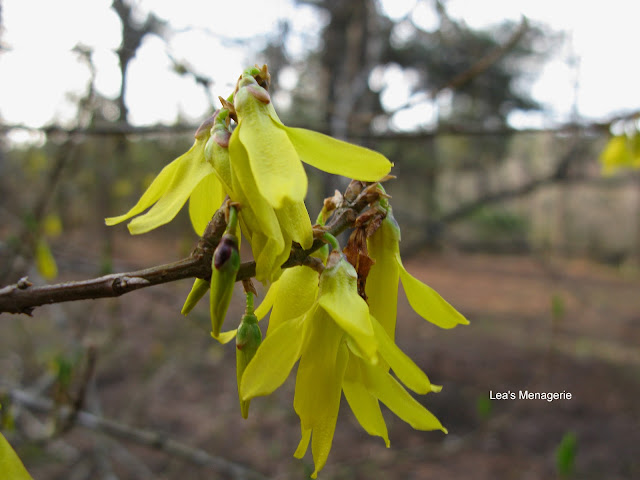 (February 23, 2012)  What a difference!
Forsythia flowers open in the early Spring before the leaves appear. 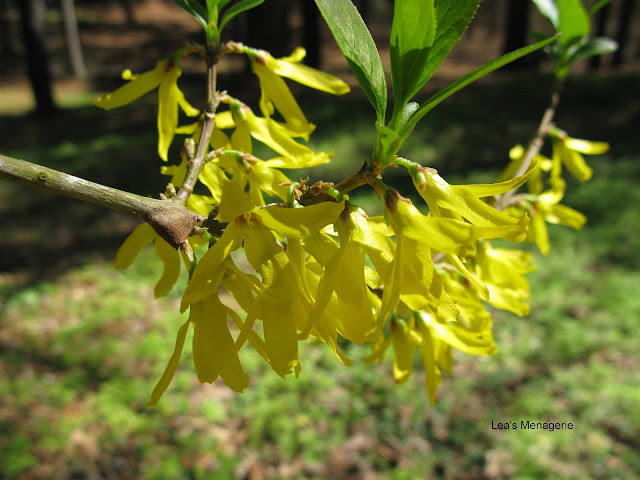 The leaves appear a couple of weeks after the blooming begins. (March 6, 2012)
If you want to prune Forsythia, do it as soon as the blooms fade.

Hope you are having a beautiful day!

I enjoy your comments!

Thank you for visiting!

Lea
Here I am with my first dog, Husky. I have lived all my life in Mississippi, USA. My husband and I (both retired) have a dog and two cats. I enjoy reading, gardening, bird-watching, photography, and blogging.